Planes are the summation of at least four lines coming together. In this case the first four lines represent the top, bottom, left, and right sides of that plane. In another case the line extends itself into an axis that had previously not existed. This case stirs questions in Kandinsky (below). In both cases it's apparent that the plane is a unit of artistic measurement made up of other units like points or lines.

"Where does the line as such die out, and at what moment is a plane born?"[1]

In Yellow Red Blue (below) we see numerous planes: some constructed with clear outlines and others created through texture or color. These elements can overlap and superimpose with one another creating new planes. In this way, the plane is an additive unit of artistic measurement. Every interaction that a plane has with another element multiplies the amount of elements in the painting. This makes the plane an especially powerful tool of expression. 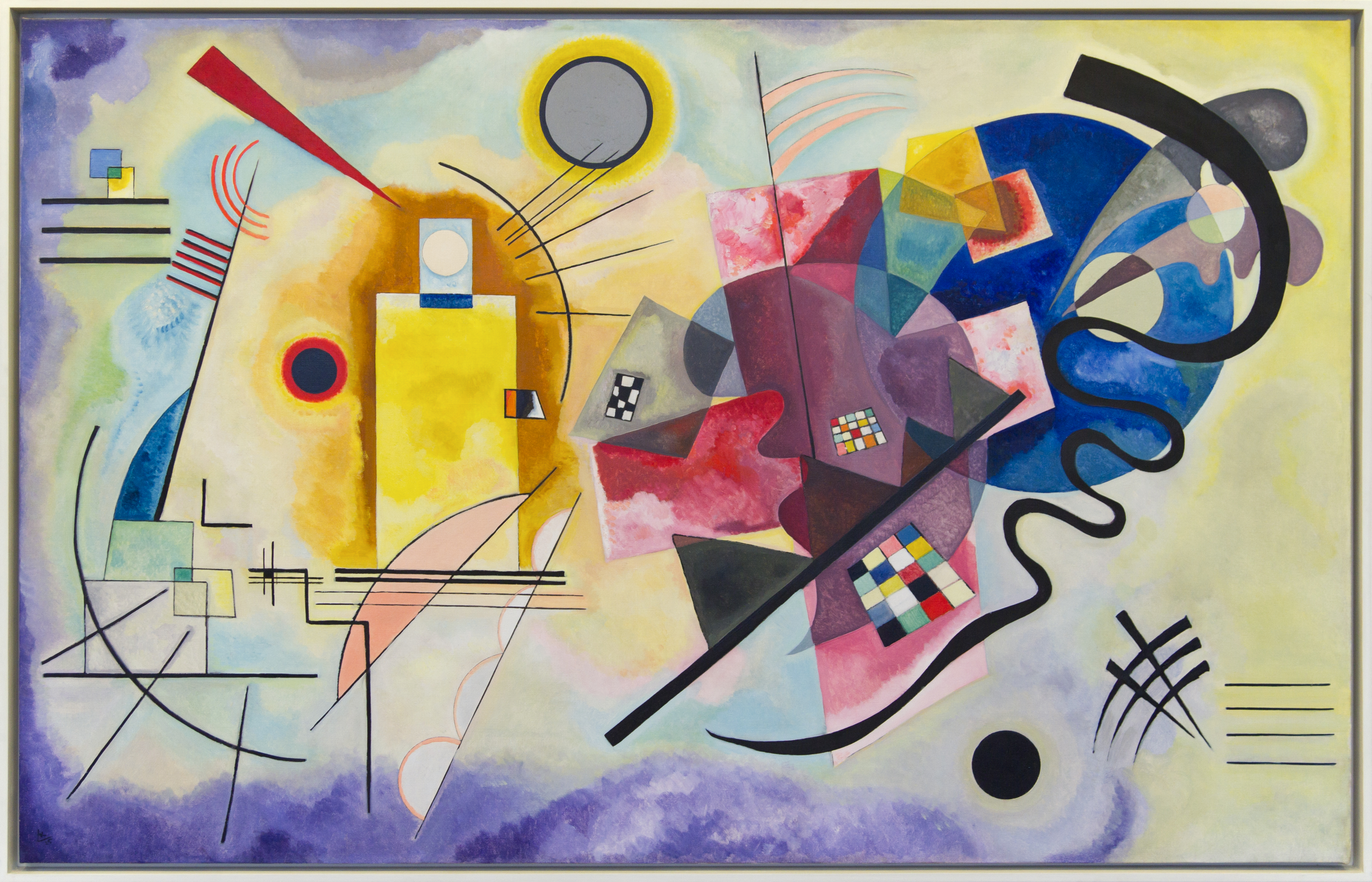 The contemplation below allows you to explore Kandinsky's notion of sides that construct a plane.[3] Click and drag a corner in order to stretch a given side. Click the number to change the amount of sides for the plane.